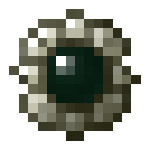 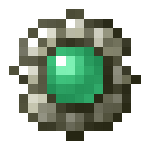 A bone amulet is an item that can catch tamed undead and skeleton horses.

Using a bone amulet on any tamed undead horse, undead unicorn, undead pegasus, skeleton horse, skeleton unicorn or skeleton pegasus will absorb it into the amulet. The texture of the amulet will then change to let the player know that the horse is inside. Right-clicking again with the amulet will release the stored horse. After the horse has been stored, it will store the horse's name and the name of its owner.

If the horse is equipped with a chest, it will be dropped after the horse has been captured, as well as any contents of its inventory. The horse will still be saddled, though.

Amulets can be traded to another player, though if the horse stored in the traded bone amulet is spawned by the player that it was given to, then the horse will become property of the player spawning them, and the previous owner will have their tamed counter reduced.