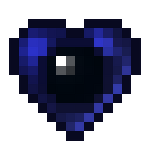 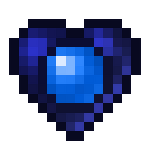 A pet amulet is an item the player can use to store their pets.

A pet amulet can be used to keep a tamed mob stored for infinite use until it is released from the amulet again. If a pet amulet containing a stored mob is destroyed (e.g. thrown into lava or fire), the mob will be lost. To store a mob inside the amulet, use the amulet on it. The mob inside can be released by right-clicking again. Pet amulets do not work on aquatic mobs. Instead, a fish net can be used to catch them.

A pet amulet can also be given to another player. If the person opens the pet amulet that has been given to them by another player, they will receive ownership of that mob inside. However, this also allows players to take your pets without permission if they take the amulet from you, or if they steal them from a chest, so keep your amulets hidden if you can't risk to lose them.

Pet amulets can catch horses, but not special horses such as fairy horses. However, they still work on horses that cannot be caught with other amulets.

Pet amulets can store the following: