So.. I have started working on creating my own thing. It's highly influenced by Mo' Creatures as well as some of the suggestions that I have seen made to it, as well as Biomes O' Plenty and Twillight Forest. I have no plans about when it will be finished, or how big it will be, not even sure if it ever will be finished, but its still a fun little project to work on.

Here are the ideas that I have came up with so far:

There will be 4 Dimensions:

A modern biome based on a 21st century city. The biomes here will basically be square so that they fit the streets of the city. The city itself will contain some areas with decrepit old buildings, which are filled with many Zombies. The city will be surounded by a great wall, and outside there will be a swamp wasteland.

Forget the old, boring and easy Nether and say hello to the real Hell. Instead of the cave layout, this will be more based on the Extreme Hills biome, to make the areas more difficult to travel. Intead of the Nether where you can see just fine, even without torches, everything will be pitch black here. you will not have the "fog" that apears near bedrock to ruin your vision, but you will need a lot of torches if you want to know where you are going. The mobs have been remade so that Ghasts will glow in the dark etc, but it will still be difficult.

I want to add in a few new biomes, and maby remake some of the BoP ones. One of the biomes would be "old forest" witch is a forest based on norse superstition. it will be much more gloomy and scary looking than the normal forests, and will contain creatures like The Neck, Fairies, Hulder and Fossekall etc.

This is a humoristic way of merging the Christian beliefs, old Greek mythology and Minecraft. It will contain a area for the resting souls, a pallas for Notch and Angles to guard him.

This Biome will look much like a normal vanilla plains/forest that someone torched.

This is the closest you will get to the normal Nether. It looks quite familiar, but has some black areas here and there that should not be touched. Unless you want to burn to death that is.

Maybe one of the most scary biomes by the look of it. There will be geysers of hot steam and fire all over the place. The floor is mostly Greyish-Black, and some of it can be mined for resourses that can be crafted into Coal. You will also find some lava lakes in this biome.

The blocks here are mostly Black. However there are some that looks like there are lava inside of them. When mined, these have a chance of erupting into lava, which makes it a rather dangerous place. There are a lot of lava lakes here, and this is the only place where you can gain the top tier ore from.

This biome is quite similar to a normal Desert. However, it is filled with small Ghasts and lost souls, and walking in the wrong places can get you killed since it's filled with quicksand.

Pretty much a sub biome to the corrupted sands. Here you will find spots of safe ground. One can also find large skeletons of many creatures. These can be mined and provides the only source of Quartz without going to the Nether

Basically a biome filled with lavafalls (hence the name) and rivers. Some rare structures can be found here.

The river can consist of either lava or Withered water. The Withered water is black and will give the player a Wither I effect they go into it. The river bed is littered with either burned or dead trees, depending on the type of river.

The Wither lakes contains different creatures like Drifting Souls, and Electric Eels. Treasure can be found if you dare to dive in, and maybe there are some monsters lurking in the deep.

Based of the Crag from BOP, with large mountains all around. In the middle you can find a Jotun, which is a troll the size of a mountain.

A old spruce based forest with forest floor containing a lot of plants that makes it difficult to see where you are going. the sight will be reduced, and the light is always scarce here. and moss is hanging from the trees.

Some of the same features from the Old Growth Forest, but more lush and wet.

here you will be judged based on how friendly the NPC's think you are. if you are worthy you will be let inside, if not you will be teleported to hell.

Meet and greet the spirits of departed NPC's

Want to see the God of Minecraft? you can even test out his powers by challenging him to a fight. be warned however, he may look like Notch, but he got the power of Zevs

City Because of a lot of controvercity and sterotyipical people etc in the city i have chosen not to put it out here, considering how it is neither "fit for kids" "anti rasistic" or in any other way considering the feelings of the groups portrayed. i hope you can accept this choise. 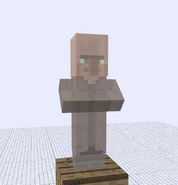 Male spirit
Add a photo to this gallery 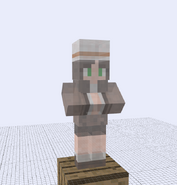 Female spirit
Add a photo to this gallery 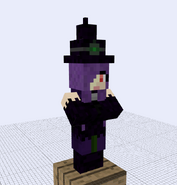 witch
Add a photo to this gallery 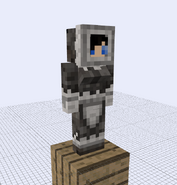 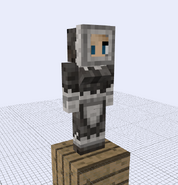 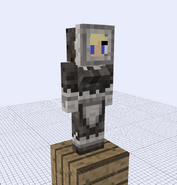 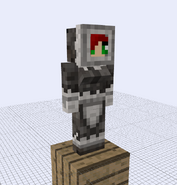 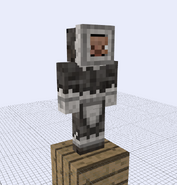 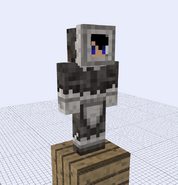 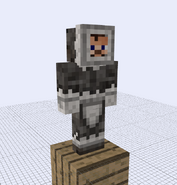 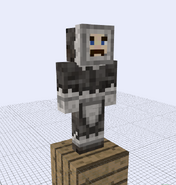 eskimo male
Add a photo to this gallery 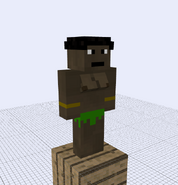 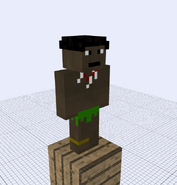 Male cannibal
Add a photo to this gallery 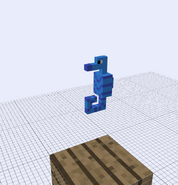 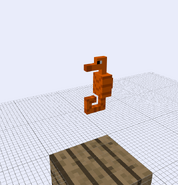 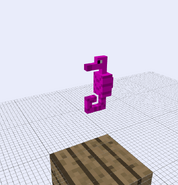 purple seahorse
Add a photo to this gallery

When i get the time i will add pictures of the models, as i make them.

Retrieved from "https://mocreatures.fandom.com/wiki/User_blog:Shagarath/My_own_mod?oldid=53953"
Community content is available under CC-BY-SA unless otherwise noted.