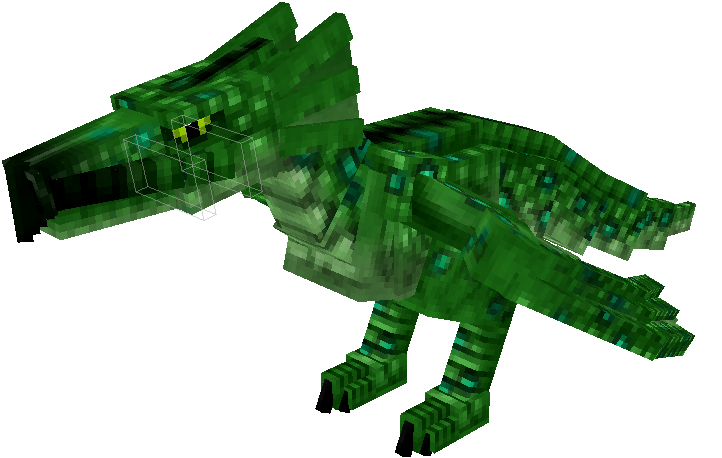 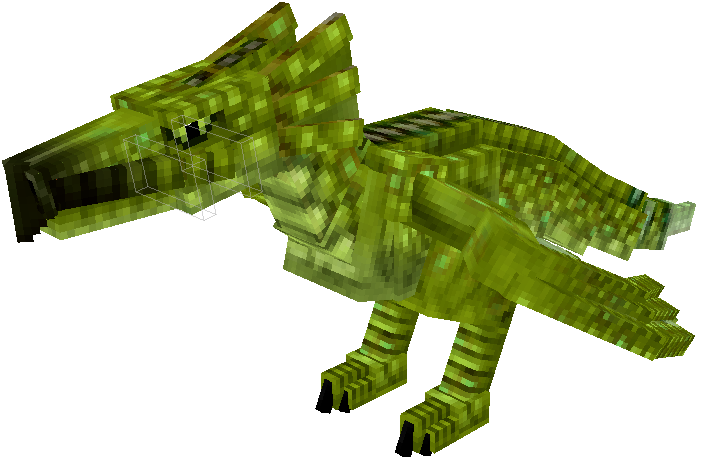 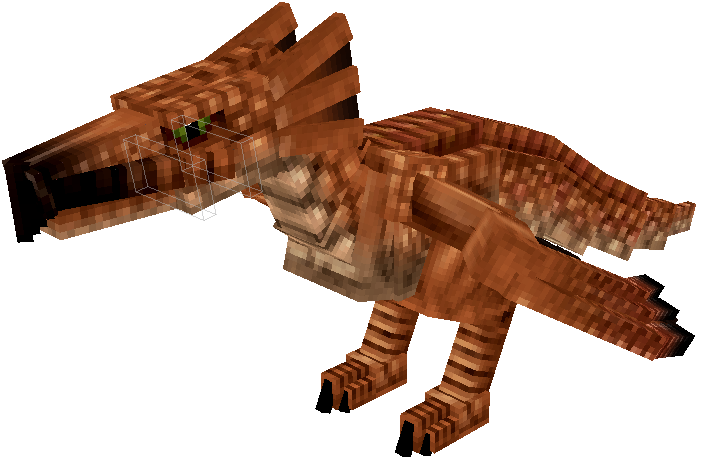 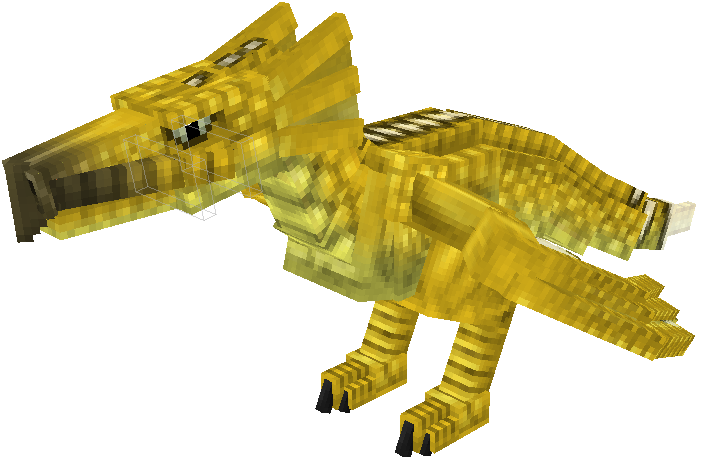 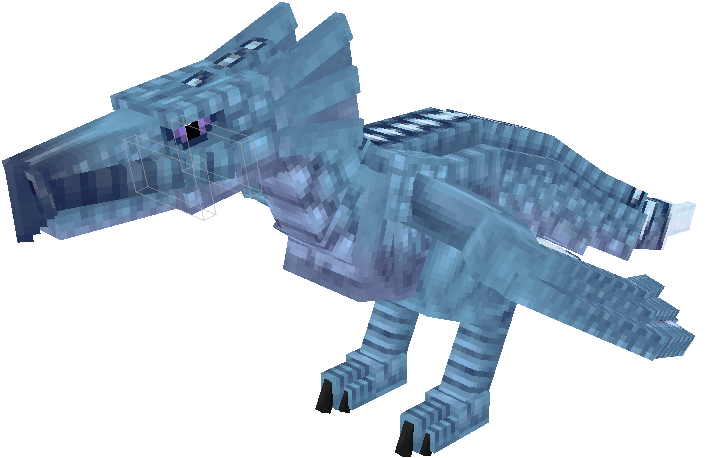 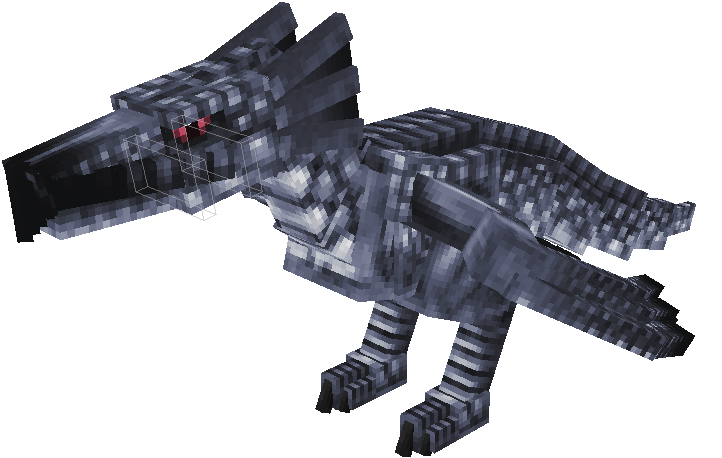 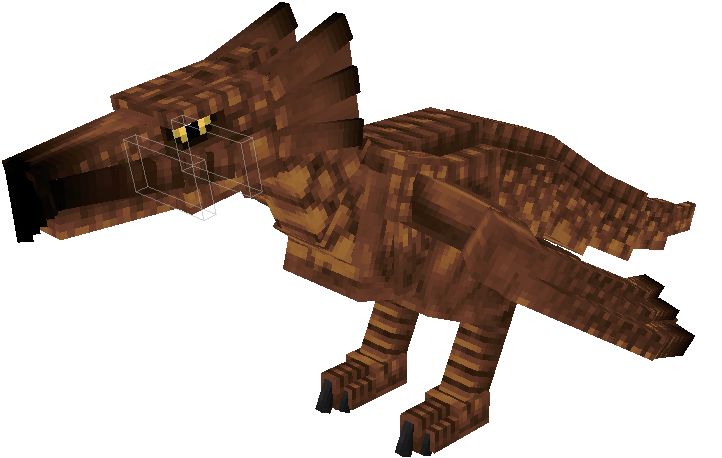 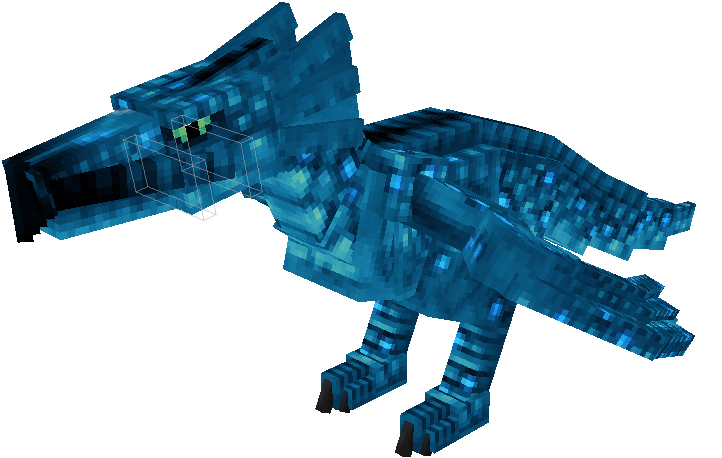 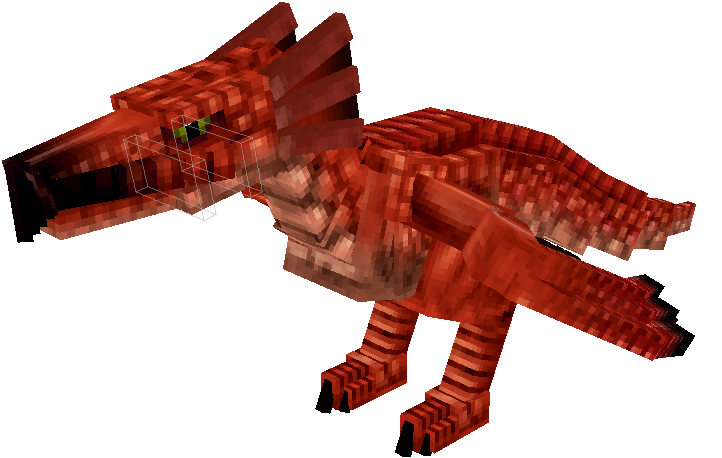 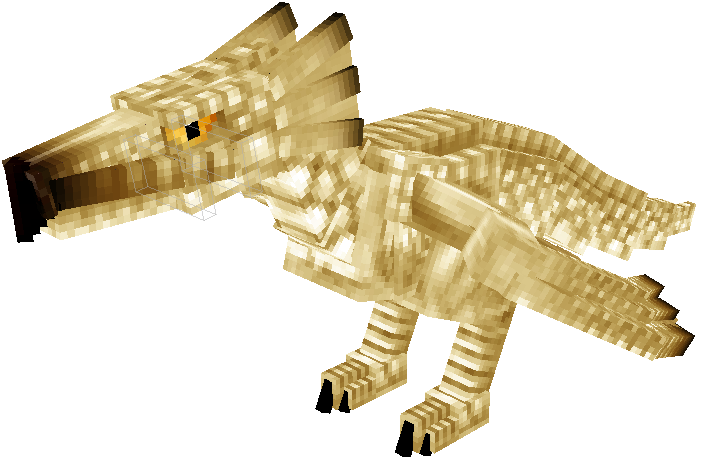 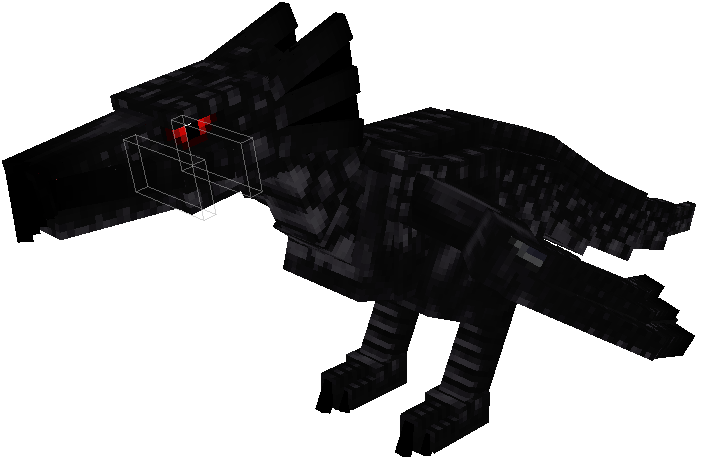 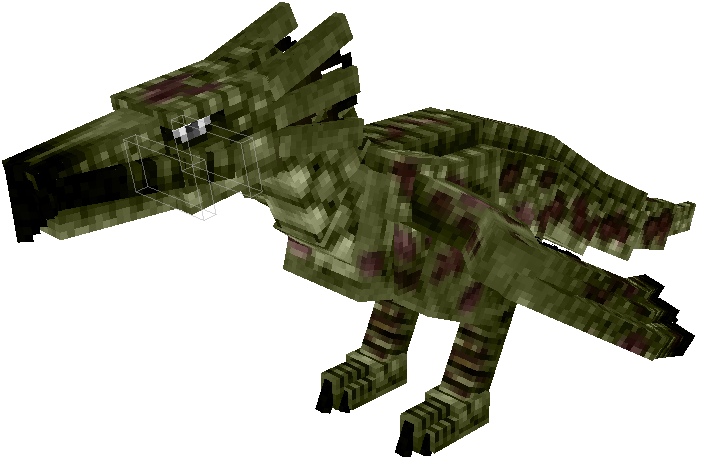 Wyverns are tamable dragon-like mobs that live in in the Wyvern Lair.

Wyverns spawn naturally on any opaque block in light levels of 9 or above in the Wyvern Lair.

When killed, wyverns will drop:

Wyverns will wander and fly around aimlessly in the Wyvern Lair. After flying for some period of time, they will sometimes float downwards. If a wyvern gets below layer 10 in the Wyvern Lair, they will be instantly removed from the world. Unlike the ender dragon, wyverns have an unpredictable flight pattern.

If the player is within a 12-16 block radius of a wyvern, they will attack and poison them. They will only attack on Easy or higher difficulty; switching to the Peaceful setting will not make them despawn. It will, however, prevent them from doing any damage to you, but they can still poison you. They will also attack any mob that provokes them, and may stop attacking and try to fly away aimlessly if their health is below half.

Tamed wyverns don't tend to fly around like wild wyverns do, but they may fly away if they have taken damage from a non-player source, such as skeleton arrows. It is recommended to tie them to a fence with a lead (although it may break if they get loose) or put them in a roofed enclosure to prevent them from escaping. Another option is to use a whip on them to make them sit. A tamed wyvern will not attack their owner.

A wyvern can be tamed by hatching a wyvern egg. Once the egg has been placed, it will eventually hatch into a friendly baby wyvern, and it will take about one or two Minecraft days (20 to 40 minutes) for the tamed wyvern to grow to full size. Mother wyverns and tier 2 wyverns take longer to grow, as they are larger than the common wyvern variants. After the tamed wyvern has grown up, it can be equipped with a saddle, chest, and armor.

Tamed wyverns can be healed with raw rat or raw turkey.

Wyverns can be equipped with either saddles found in dungeons or a crafted saddle. When a wyvern has been tamed and saddled, the player can control it with the standard directional controls, jump or fly, and the mouse. You can dismount a wyvern with the dismount control, and descend with the descend control. Like other mountable mobs, a player can use any item while riding a wyvern.

A ridden wyvern will automatically run up any one block high slope. They can also run very fast, and are one of the most, if not, the fastest ridden mobs in Mo' Creatures. Wyverns can fly much faster than pegasus or fairy horses, as well as minecarts. They can also be combined with speed potions.

Wyverns can be equipped with horse armor to reduce the damage it receives. All three types can be used, including iron, gold, or diamond. The only type of armor that wyverns can't wear is crystal mount armour or. To place armor on a wyvern, right-click on the wyvern with the armor. To take the armor off, use shears or place the wyvern in a pet amulet.

A chest can be given to tamed wyvern to carry an inventory of 18 slots, which can be opened with sneak and right-click.

A whip can be used to make tamed wyvern sit and remain stationary, this can prevent a tamed wyvern from flying away or getting lost.

A ghost wyvern has a chance of spawning when a tamed wyvern has been killed. Ghost wyverns can also be equipped with a saddle, chest, and horse armor, just like regular wyverns. There is a 25% chance that a ghost wyvern will spawn when killed. Wyverns can become a ghost regardless of their size even if they're not fully grown. There are 12 types of ghost wyverns. Wyverns that are killed will have their respective variant pass on into the ghost's form, and they each behave in the same way. It is possible to see through a ghost wyvern, as they are transparent.

A light wyvern is creamy-white in color, and can be obtained by giving a mother wyvern an essence of light.

A dark wyvern is black in color, and has red eyes. They can be obtained by giving a mother wyvern an essence of darkness.